Playing With Time: The Two Types of Rubato and How to Use Them

“Rubato” is the musical term for stretching and compressing time. Slowing down and speeding up. We use this for expression so our music is more emotional and beautiful.

Depending on where in the music the rubato happens, there are two main types we can use. Get this right, and the music flows forward. Listeners stay engaged and enjoy it more.

Get this wrong, and the music can sound schmaltzy or affected. Instead of creating the emotion we desire, we create a parody of it.

What is the Musical Definition of Rubato?

As said above, rubato refers to slowing down and speeding up. This is playing with time.

To change the flow of time, we need to first be able to play at a steady tempo or speed. We have to change in relation to something else or we don’t understand it. So job one is to develop the ability to play “in time,” at a steady clip. A metronome helps with this.  Then, we can stretch time in a calculated way.

That said, when done well, rubato is a joy to play and hear. Slowing down brings attention to special moments in the music. Speeding up moves us forward and creates momentum and drive.

There are ways of slowing down and speeding up that work best for the specific occasion. Speech works the same way. We can tell “bad acting” when we see it because the pacing and inflection of the speech are not natural.

We have two main types of rubato.

Rubato Type One: The Big Fermata

In the first type of rubato, we slow down. This usually happens at the end of a section or piece. This is what we usually think of when we think of rubato.

We may use musical terms such as ritardando or allargando for this effect.

It’s common to slow down at the end of pieces. Here in the Prelude to Bach’s Cello Suite #1, we also have a rolled chord on the last note, encouraging us to slow and expand the ending.

A “fermata” is a musical symbol that denotes time suspending.  This is also a form of rubato. It’s usually used over a single note, which we slow down in approaching, then hold for longer than usual.

We can think of Type-One rubato as a fermata over a phrase. The music “hangs in the air.” This first type of rubato is akin to this, but with more notes. We add time to the piece.

The important distinction here is that we add time to the piece. By slowing down, the number of minutes and seconds in the piece grows. It takes longer to get to the last note.

The beauty of this type of rubato is that it brings a musical idea to a close. It is a clear way to express the culmination of a phrase or section.

The downside is that once we bring the music to a stop (or to a near-stop) it can be difficult to restart again. We have lost the momentum. Beginning again after such a rubato can feel (to the listener and player) like starting over again. The danger is that the listener may become distracted in the interim, and lose interest.

If we compare this effect to books or movies, this would mark a stopping point in the story. If not at the end of the story, it would cue the end of a major section or an intermission.

For most chapters or sections (of music or stories), it’s more effective to create a “cliffhanger.” Instead of losing interest, we become even more eager to hear what comes next. For this effect, it’s better to either back up the ritard, or use the second type of rubato.

In the second type of rubato, we slow down as before, though not always as dramatically. Then, we speed up in other places to balance the equation.

Musical terms such as accelerando may be used here. Though this is often left to the player, and not written in the music.

Often we slow down in one place, then accelerate just after to a higher tempo (speed) than before. We then slow back down to the original tempo by the beginning of the next section.

Using this type of rubato, we allow the melody to “breathe.”  We are able to play with more expression while maintaining the structural integrity of the underlying pulse.

Here in Tarrega’s Capricho Arabe, we start with a fermata, slowing down.  Then we speed up (“accel.”) to slightly faster than the original tempo.  Then we slow back down (“rit.”) to balance it. This happens at the ends of major sections within the piece.

Here, No Time is Added or Subtracted

The important point here is that over the course of the piece, no time has been added or subtracted.

Say a piece takes exactly three minutes to play with the metronome, with no rubato. Then this is also the time with the rubato. The speed-ups balance the slow-downs.

This type of rubato maintains the forward momentum and “long line” of the piece. It uses the psychological tool of slowing down for special moments. Then it regains the energy lost by speeding up a little faster than the original tempo.

Type-Two Rubato slows down and speeds up in proportion, so we keep the momentum of the music.

Why use the second type of rubato? Why worry about balancing time? Because listeners know. They may not be able to talk about it, but they know from a visceral sense that something is not right.

When we slow down too much and too often without balancing it out, the music feels labored and sluggish. It weakens the music and makes it less compelling.

One common analogy of rubato is that of a balloon. We can blow it up and let the air out in small amounts. But if we let too much out, it sags.  If we blow it up too much, it bursts.

Decide Which and Where to Play with Time

The key to using rubato well is to use it intentionally. Instead of grinding to a stop every time we find a lovely spot in our music, we choose wisely.

We can make momentum and forward movement a primary concern, and try not to break the “long line.”

Then, we can find the most effective areas to slow down, and where to speed up to compensate. We can approach musical transitions strategically, moving from section to section in style.

Especially with type-one rubato, we can make conscious and considered decisions. Then we can craft the rubato masterfully.

The effect when we play this way will be more interesting music. It will engage listeners more. The final cadence will be more satisfying. Instead of feeling just happy to have made it through, listeners will be left wanting more. 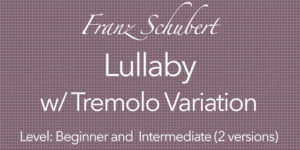 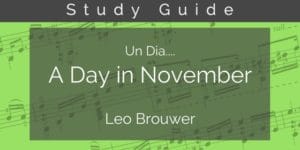 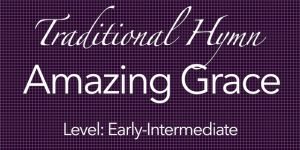 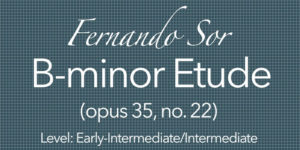