Ever learned a tune, and gotten it most of the way, but couldn’t quite seem to get that last bit of polishing so it was fully “done”?

The skills and methods that help you initially learn a piece won’t get you through that last ~10%.

To fully polish a tune, you need to solve all the little problems, find your way through the tricky spots, and smooth out all the wrinkles.

This lesson is the first in a series that will help you build the skills and learn the tools to take your music that last little bit.

What is a “Tricky Spot”?

A “tricky spot” is that part of your music that is more difficult or troublesome than the rest.

These are often marked by the need to slow down. If you can play most of a tune at one tempo, but slow down when you get to a certain spot, you’ve just encountered a tricky spot.

A spot can be tricky for any number of reasons, such as:

Before we get into acing the tricky spots, troubleshooting and problem-solving (which we will, in subsequent articles) it’s best to first double-check to make sure you’ve covered the basics.

A story: My neighbor recently had car troubles. He started to pull out of the driveway, and his car just died.  When I arrived home he had the hood open and was trying to figure out what it could be. When I suggested he check to make sure there was gas in it, he bristled. But in fact, that was the problem. It was so basic he dismissed it, but he could have saved an hour or two by first checking the usual suspects (the basics).

The Big Question: Do You Know the Music?

The first question to ask when encountering a tricky spot is, “Do I know this music?”

This seems so obvious, but we’re all fallible human beings. Instead of assuming you’ve done everything correctly, first pause and reflect on these basic questions:

Simple questions, yes.  But often, like gas in the car, easily overlooked.

Don’t Just Sight-read It to Death

The thought goes something like, “If I play this enough times, I’ll learn it!” But it doesn’t work that way.

Perhaps the least efficient and most problem-prone way of learning music is to “sight-read it to death” (I have a friend who likes use this phrase).

If you find that you’re doing this, stop it.

To actually learn a tune, you need to identify issues, work out fingerings, observe hand movements, and more.

When you sight-read, especially as a beginner, virtually all your attention is on getting the next note. You’re not actually learning much.

This is the roughly the same as trying to learn a new language by reading aloud from a book over and over. Just making the sounds doesn’t mean you’re learning much.

If you find that you’re doing this, stop it.

Instead, try a system such as the 7-step process of learning pieces, or any other.

The Role of Technique

Technique is how you use your hands. And to play classical guitar, there are certain motions that consistently allow you to make good sounds, and use your muscles efficiently.  To practice technique, we generally use scales, arpeggios (finger-picking patterns), and exercises.

If you’re experiencing tricky spots in your music, take a moment to assess how you’re using your hands. If you have a general strategy of how to hold the guitar and move your fingers, Great! The problem may still be in this realm, but at least you’re playing intentionally and have something to work with.

However, if you’re just “winging it” and playing with whichever finger happens to play the note this time around, it may be that the music is just too complex for your current abilities.

In that case, put the piece on hold and spend some time working on your technique. There are common mistakes that rookie classical guitarists make.   Avoiding these and mastering the basics are the first steps towards playing beautifully.

(Both absolute beginners and experienced players in other styles benefit greatly from working on arpeggio technique.)

“You Can’t Build on Bad Playing”

A teacher of mine used to like to say, “You can’t build on bad playing.” And he was right.

You can’t make a world-class dish with inferior ingredients, or build a house to last the ages with rotted wood.

This doesn’t mean you have to practice 12 hours a day or dedicate your entire life to playing guitar.

What it does mean is that being intentional about how you play (your technique) allows you to move forward and grow from one piece of music to the next.  You don’t get it all in a day.  Instead, it’s a constant act of refinement and incremental improvement.  Baby steps.

Unless you commit to caring about the “how” you play (as opposed to just the notes, the “what”), your music will never sound great. You can still enjoy it, and have good times playing tunes.  But you shouldn’t assume it will sound any better in five years unless you invest some time in the quality of your abilities.

If you sense that something’s amiss in a tune you’re working on, first make sure you know the notes and fingerings.

And steadily working towards better use of your hands (your technique) will ensure that you’re advancing constantly as a guitarist, and avoiding some of the common mistakes beginning classical guitarists make.

Ready for the Next Article in this series? Onward to The One Thing! 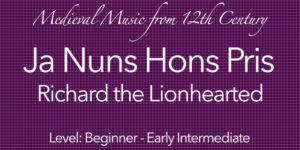 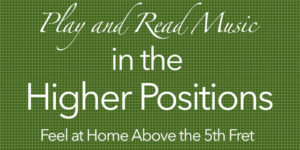 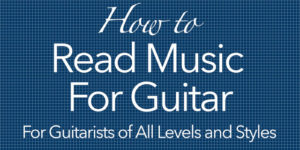 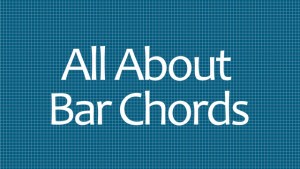