(This is a transcript of the video:)

There are a few rules to remember when dealing with ornaments, The first of which is to keep ornaments in rhythm.

This means that if you have a tempo going along and you have a note and ornament over it, you want to make sure that the underlying rhythm stays absolutely rock-steady. And that the ornament does not interfere with the rhythm In any way.

The way to do this is to practice just your primary notes first without any ornaments, And then put your ornaments in later. And this is a good way to ensure that you’re keeping the tempo steady.

Because after all, it is an ornament. Just like on a Christmas tree, we would not want ornaments so big that they topple the tree over or rip the branches off. It has to stay in time. So that’s number one. 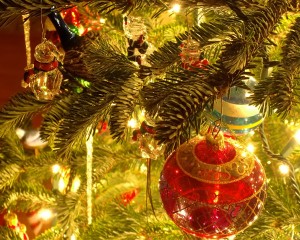 2) Maintain the Psychological Character of the Music

It means that the ornament is there to give insight into the character, mood, emotion, or style of the piece. As if there were actually an actor playing the part, as if in a play, or an opera, and the musical line was an actual character.

An ornament must make it more beautiful, or emphatic, so that you have a greater connection to the line. If that is not happening, then you need to consider playing without the ornaments, or really working on structuring it so that it does work.

3) Keep the Ornament in the Appropriate Musical Period

Number three is (and I am guilty of not always heeding this one) is obeying the style from the period that the piece was written in.  This means that you probably don’t want a big, frilly baroque ornament in your Latin piece.

The basic rule on these is that from mid – Beethoven

, which is about 1800 and before, ornaments fall on the beat, and are approached from the scale tone above. This generally includes any baroque, Renaissance, and some classical pieces.

After 1800, they frequently fall before the beat, and phrase to the beat. I like these the best, personally. And it is these that bring us to number four.

4) Structure the rhythm within the preceding beat

Number four is that, let’s grab a staff, we have this note, leading to this note, and there is an ornament over this second note, or some grace notes. What it looks like on the pages that the ornament falls with the second notes. That this is where the ornament is when in actuality it’s really part of the preceding note.

So we would actually play it with in the beat Of the first note, such as, instead of a quarter note, it becomes a dotted eighth note with 2 32nd notes, or however many notes are in the ornament. Perhaps a triplet. So the ornament is actually structured into the rhythm, and the main note is still on its own, on the beat.

So these then lead to the beat as opposed to being connected with the ornamented note. We think of it as coming from the preceding note. The ornament is now, in effect, a way to get from one note, to the next note. Not as a dressing of the second note.

It’s actually now a mechanism to get into the second note. And so when we’re doing that, we can rewrite the ornament as (for example) an eighth note and a 16th note triplet, which puts the ornament in time. So we actually structure the ornament, Using however many notes we have in the ornament.

5) The first note is a Long-Short

This way the ornament moves out of the preceding beat toward the beat that the ornament is written over. This is a long short. If you do not know about the long short, I will put a link to another video explaining it here.

If you’d like to explore some really well written ornaments, you should check out Busoni

. He wrote out a lot of ornaments and was really tasteful and really worked out some really great and musical ornaments. He transcribed a lot of Bach, and others, and was an Incredible individual and an incredible musician. So if you want to look at some really good ornament writing, check out some of his piano transcriptions and look at the way he handles things.

Lastly, we have rolled chords. We often times see a chord written with the big squiggly line next to it. We have this a lot in guitar music. We just have a rolled chord of some sort. And so it’s typical to put this on the beat, and just play it however. Just throw in in there.

Many guitarist don’t actually think about rolled chords as ornaments. But really, they are. So depending on what note you want to roll too, especially if there is a melody note in the rolled chord, the question is whether or not the note is part of a line.

If at least one of the notes can connect to a line, it adds interest to the rolled chord. So then instead of actually just playing it all at one time, what if we structure the roll, just like the other ornaments we just spoke about?

So if the chord was four notes, we would put three of the notes as an ornament before the fourth, As a triplet. If there are five notes in the chord, then four of the notes would form the ornament as 32nd notes, or 64th notes. We could also, as before, make the first note a long short, if we wanted to. So this is just a different way of handling rolls chords that can really make them more beautiful. 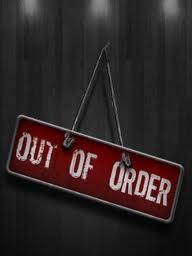 -Order of Notes in Rolled Chord

One more note on rolled chords, is that, because of logistics, Or if you would just like to do it, you can change the order that the notes are played. Just because you have a squiggly arrow pointing up, does not mean that you have to play the notes in order from bottom to top.

What you can do instead, if you need to, if you could phrase better this way, is something like this: play the bass note second instead of first. Or any other order that works. You can switch the order up a bit.

This can be very beautiful on slow rolled chords.  Pianists do this a lot. If they have a rolled chord with notes In both hands, or a spread out chord they will not necessarily play bottom to top. The bass note can drop in at a different point.

You can play with the order that you roll your chords. But I do think that structuring them and deciding exactly how they fall within the rhythm, is a great way to actually add more structure, more beauty to your playing.

Great, so if you would like to, you’re welcome to subscribe to this channel, and watch these other videos on these types of things.    But more importantly, thank you so much for watching. Take care.

Also, Wikipedia has some reading on ornaments at http://en.wikipedia.org/wiki/Ornament_(music).

Hi Allen,
Greetings from the UK. I would like to thank you for providing such an excellent resource. The effort and skill which has gone into creating this program is very evident. I started classical guitar a year or so ago with a teacher but was unable to commit to same time regular slots each week.

The Woodshed Program was exactly what I was looking for. I have found the site very intuitive and well structured and have taken your advice and started from the very beginning of the program whilst still practising some of the pieces I was already working on. It is clear that I will benefit greatly from these early technical studies. There were clearly weaknesses and gaps in my knowledge even though I am still at an early stage. Once again many thanks for the program and very best wishes.

Hi Allen, I am a Dutch guy who plays classical guitar (solo and together with a flute player). Unfortunately I have been suffering from focal dystonia since begin 2016. Of course I tried physical therapy which didn't help… But I tried some of your [technique] lessons (I had teachers before but I was never taught your techniques) and to my big surprise the nasty feeling in the back of my right hand which pulls my index finger upward was gone! So now I practice your lessons. Anyway, I am very happy to have found you on the internet. Thanks very much! 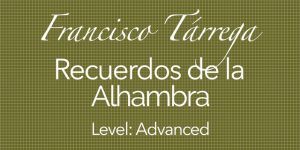 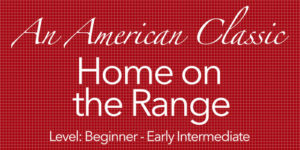 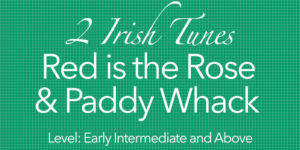 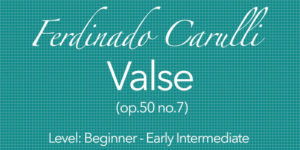