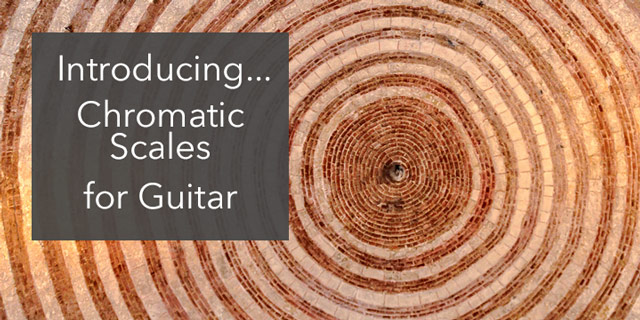 The Chromatic Scale on Classical Guitar (What and Why)

What do you get when you through all the other scales in a pile on the floor?

What do you get when you include everyone, and leave no one out?

And what do you get when you take every step?

It’s from the chromatic scale that all other scales emerge. We choose what to omit, and that creates new scales.

In layman’s terms, a chromatic scale is all the notes.

Officially, the chromatic scale is a twelve-tone scale starting on a root note and moving by half-steps only. In layman’s terms, this means all the notes.

How to Play a Chromatic Scale

Like any other scale, we can play chromatic scales in different ways on the guitar.

We can play in one position (using 5 frets). 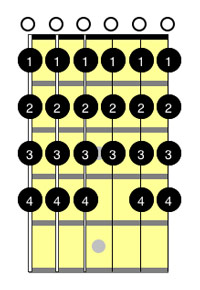 A chromatic scale in the open position, using all the notes.

And we can play up one string, playing each fret in turn.

A chromatic scale up one string – great for shifting practice.

Or, we could play in some combination of these two.

How to Notate Chromatic Scales

Chromatic scales use sharps and flats (accidentals) to cover all the notes. (With only eight letter-names, and twelve tones, some notes do double-duty.)

“Accidentals” are sharp, flat and natural symbols not in the key of the piece. They’re notated in-line on the sheet music, instead of at the beginning of each line.

A high concentration of sharps and flats may signal a chromatic scale.

When we see a cluster of accidentals, we can guess that there’s a chromatic scale at work.

On tablature (TABs), we’ll see consecutive numbers, such as 2345.

How Chromatic Scales are Used in Music

More times than not, chromaticism uses snippets of the chromatic scale. While we do sometimes find examples of entire twelve-note scales, we more often see a few notes that move through adjacent frets.

Chromatic scales can emphasize an arrival point. Approaching a musical arrival point by moving step by step “pulls” the ear toward that note.

Chromatic notes can also give the music a certain style, such as blues, tango, or Brazilian choro. Different styles of music often use chromaticism in characteristic ways. This is one of the elements that create recognizable styles of music.

What to Do with the Chromatic Scale

We can practice the chromatic scale as a technical exercise. Because it’s easy to remember, we can focus our attention on other aspects of technique. We can use chromatic scales to practice shifting, speed, tone quality, or anything else we can think of.

We can also recognize when the chromatic scale crops up in our music. This can help us memorize the music.

Other than that, chromatic scales are just a fun way to move the fingers!