An Alternative to Music Notation Software

One Way to Do It

I have a student who occasionally plays duets with the pianist. He wanted to play a particular piece in a different key than he had a piano score for.  (Just in case you don’t know this term, a “score” is just another name for the sheet music.)

Not having any music notation software, he did the entire transposition into the different key going note for note using some sort of archaic computer coding.

Evidently, every note, symbol and line has a specific line of code that he programmed into his computer using a computer language he learned a couple of decades ago.

The two-page score came out beautiful, and it only took him a few nights working late into the evenings.

Of course he knows that music notation software would’ve been faster, but he didn’t have the software, and didn’t want to lay out the big money for something that he would only use occasionally.

What he didn’t know is that for five bucks somebody would’ve done the entire job for him!

An alternative to music notation software

One of the marvels of modern technology and the internet is that it brings people together.  It expands our networks larger than we could imagine, and puts us in close proximity with most anything we could ever need.

“After dozens of hours of pulling my hair out…”

After dozens of hours are pulling my hair out creating sheet music, I lucked upon a website called Fiverr.com.

(Just to be clear, I have no financial stake in any of the companies or services listed here, and I’m just sharing what I have found helpful.  I am not on the payroll of these companies, and do not make any money from them.)

What fiverr.com does is allow people from anywhere in the world to post “gigs” that all cost five dollars.

These “gigs” could be anything from computer programming, to design work, to video telegrams (just imagine: you could email a video with your loved ones names written across a large man’s belly while he dances and sings birthday wishes!)

Anything you can imagine, or anything you need done, chances are there is somebody offering to do it for five dollars, and through fiverr.com’s clean interface.  (It’s fun to look through the “Fun and Bizarre” section!)

In some cases, you get what you pay for. For instance, don’t expect world-class video editing of your hour-long documentary to turn out well if all you have budgeted is five dollars.

But that said, I did get the Classical Guitar Shed video intro on Fiverr.com, and I make great use of it in my videos.

But the absolute most valuable relationship by far that I have built on fiverr.com has been with a musician named Hany.

Hany lives in Egypt and is a Sibelius expert.  The clincher: he is a classical guitarist to boot!  So he knows all the wacky guitar notations such fingerings, string numbers, strums and the like.  I never did master all that on Sibelius.

Most of the sheet music you have downloaded from this site (if you haven’t, poke around) he has done.

“A professional is someone who has the right tool for the job, and knows how to use it.”

I send him rough ideas, he sends me back beautifully engraved and laid out music.  I will make a new arrangement of an existing piece, write the changes on the score, and he will send me back my new arrangement in a day or two.  I want the string changes on a piece of music color-coded for a student, Hany to the rescue.

There are also many people on fiverr.com offering to transcribe your music from audio or video.  You can just play something, and they will send you back the musical notation written out beautifully.  It’s an amazing age we’re in!

While you communicate directly with the person offering the service, all purchases and transactions go through the fiverr.com website, so it’s totally secure and consist (think Amazon for services).  And like Yelp, there are user reviews for all the services, so you can read what past clients had to say.

If you are considering laying down money for music software, I would consider this as an alternative.  Not only will it be much easier and quicker for you, it will very likely be much higher quality than you would do yourself.  And with the prices of software, it just may be cheaper as well.

And the biggest bonus is knowing that you are supporting a fellow classical guitarist!

So if you have ever wanted to see your music in print, there is no real barrier to that anymore.

Do you write your own music?  Do you use music notation software? Or is there something you would like to write, but something has been stopping you? Please share it in the comments! 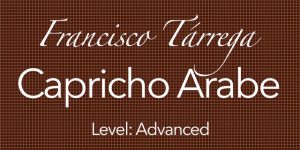 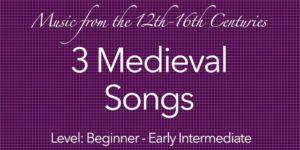 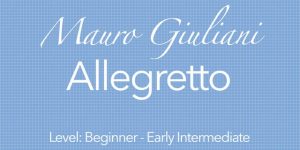