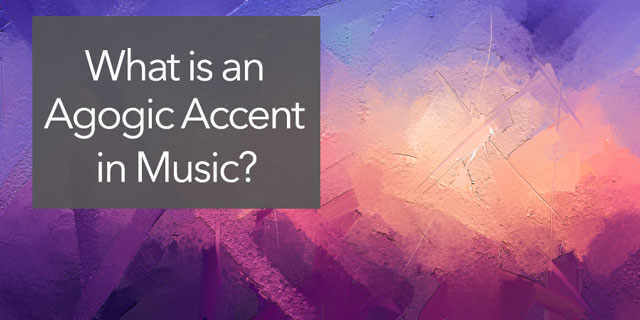 What is an Agogic Accent in Music?

Agogic accents in music notation are similar to normal accents. But they are also different than regular accents. But how are they different?

How do we play an agogic accent in music? Read on to find out….

What is an Accent?

An accent is anything that makes a note stand apart from the notes around it. An accent draws our attention to that note.

When we think of musical accents, we usually think of making a note louder. Instead of playing each note in the same relationship to the others around it, we make one note louder.

This brings special attention to that note. The note could be a musical arrival, such as the climax of a section or piece.

Or it could bring attention to a change in harmony (chord change). And accents can also used as special effects.

Accents are sometimes written in the music, and other times implied.

What is an Agogic Accent?

An agogic accent brings attention to a note using time.

(This is more advanced. It takes a certain level of musical understanding and physical control.)

One type of agogic accent is based on duration. If most of the notes are short and even, and one note is longer, this could be thought of as an agogic accent.

A second type is when we bring attention to a note by slowing down time. This uses “rubato” or stretching time.

The underlying beat, or pulse of the tune remains the same. But a certain note is played just before or after a beat.

This placement of the note creates a certain effect. Depending on where we place the note, it could drive the music forward (add momentum), or pull the music back (drag, lazy-sounding).

Most commonly, and perhaps most effectively, we can play a note slightly late. This tells listeners that something rhythmic is happening (such as a tie or syncopation).

Important Note on Playing with Time: Know Where the Beat is at All Times

As with any rubato (altering time), we should first be able to play the music in a steady tempo.

We must first be able to play our music in steady time. Otherwise, any attempts at altering the rhythmic placement are unlikely to succeed. So we can work always to build a solid sense of internal rhythm. 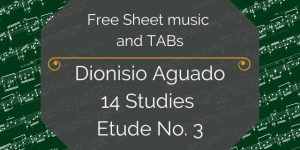